I described OMM here.
In the last post I did the installation of OMM4OBI / OEMM. Now I can import the OBIEE metadata into it.
I created a new model: 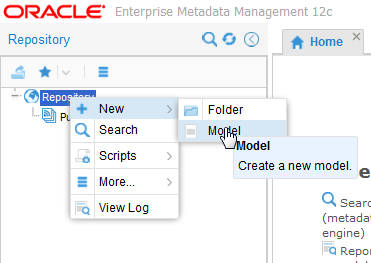 Selected in the "Import From", Oracle Business Intelligence (OBI) Enterprise Edition, from the list. 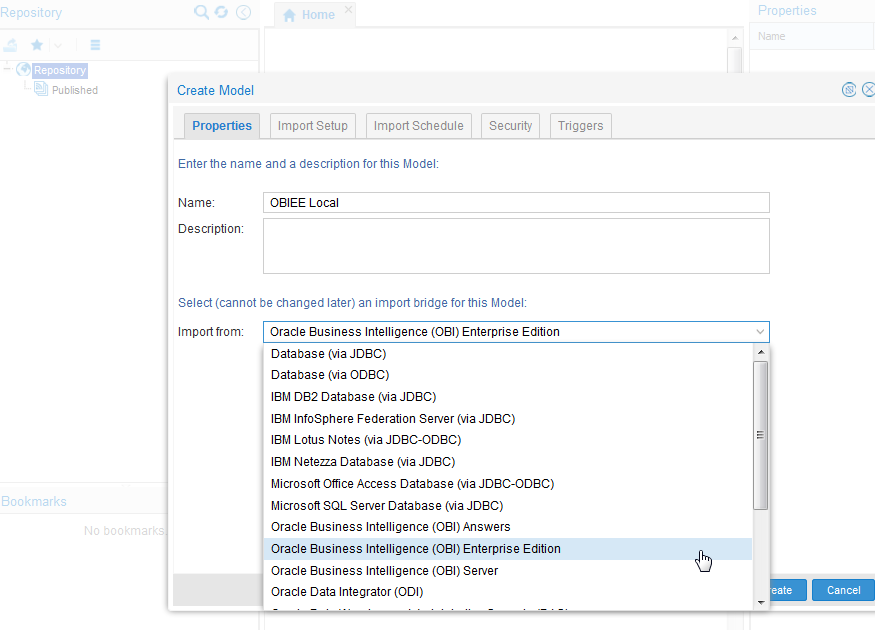 In the next screen I provided the link to OBIEE (it's installed on my laptop, so localhost). 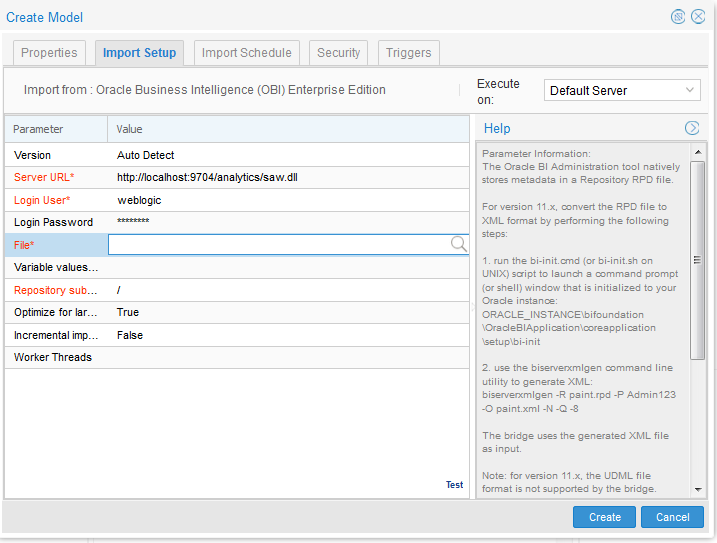 The only problematic thing is to understand what the "File" is. It's explained on the right, including the process of creating this XML file. This is the description:

Parameter Information:
The Oracle BI Administration tool natively stores metadata in a Repository RPD file.
For version 11.x, convert the RPD file to XML format by performing the following steps:
1. run the bi-init.cmd (or bi-init.sh on UNIX) script to launch a command prompt (or shell) window that is initialized to your Oracle instance:
ORACLE_INSTANCE\bifoundation\OracleBIApplication\coreapplication\setup\bi-init
2. use the biserverxmlgen command line utility to generate XML:
biserverxmlgen -R paint.rpd -P Admin123 -O paint.xml -N -Q -8
The bridge uses the generated XML file as input.
Note: for version 11.x, the UDML file format is not supported by the bridge.

So I did exactly as described and in my case opened a CMD window at D:\MWHOME\instances\instance1\bifoundation\OracleBIApplication\coreapplication\setup
and run bi-init
A new window appeared where I executed:
biserverxmlgen -R D:\MWHOME\instances\instance1\bifoundation\OracleBIServerComponent\coreapplication_obis1\repository\SampleAppLite_BI0001.rpd -P Admin123 -O sample.xml -N -Q -8 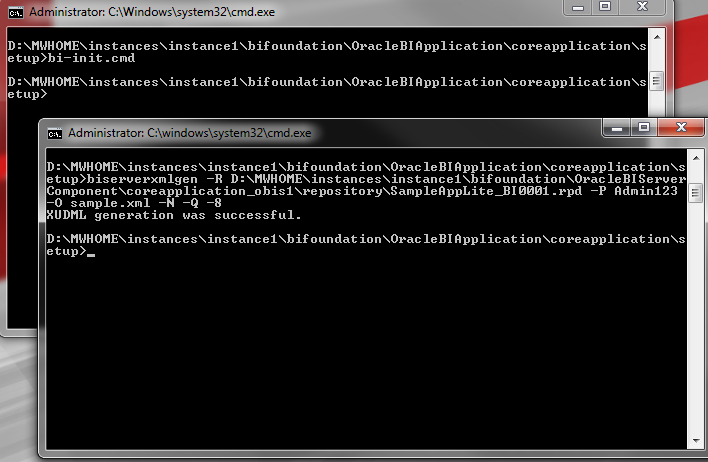 Where D:\....\SampleAppLite_BI0001.rpd is my repository file, with the path and Admin123 is the RPD password. Now I can take the result file sample.xml, place it in my preferred folder and finish the import. (It might be a good idea to run the "test" at the bottom of the screen first).

Now I can see the entire content of OBIEE available for the selected user (and change the model name, while I'm there), not only the RPD, as I was afraid: 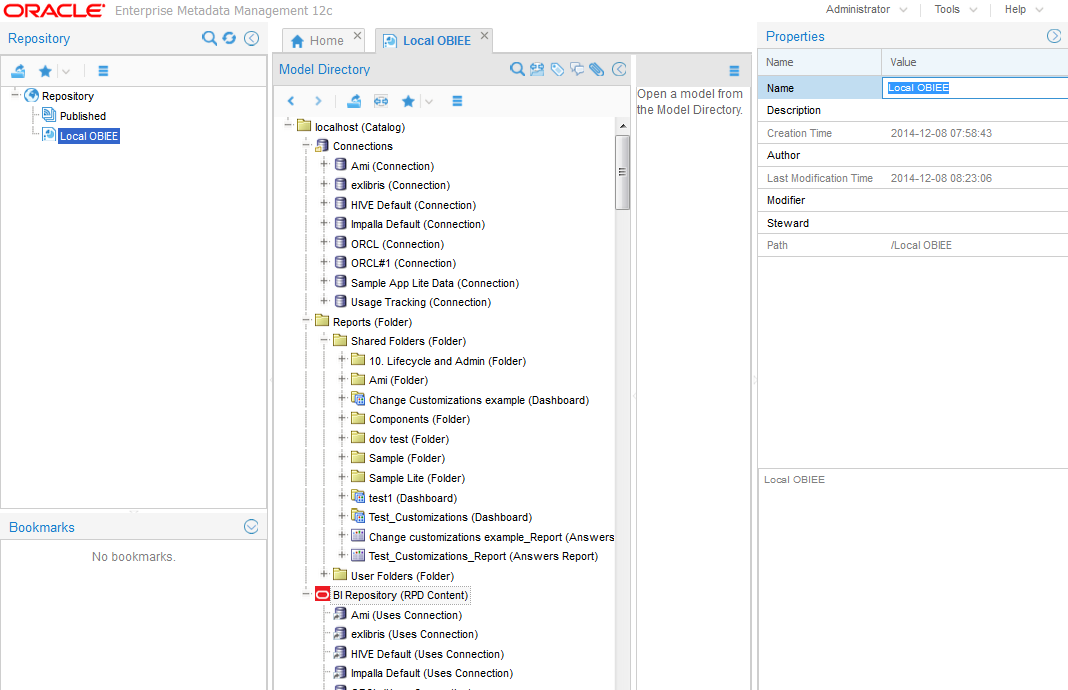 I'll do some analysis with it in the next post.
Posted by OBIEE in IL at 9:59 AM